Share a memory
Obituary & Services
Tribute Wall
Read more about the life story of Jack and share your memory.

Jack Dayton Work, age 84, was lifted up to God on Monday, November 7, 2022 with his wife, Sylvia, and his sister-in-law, Sheila Harris, at his side. He was born in Pittsburgh, Pennsylvania on June 21, 1938, was the oldest son of proud parents, Frank and Grace Work.  He grew up in the small town of Transfer. He attended Farrell High School and was an All-Around athlete, participating in track, baseball, basketball and football.

He attended Denver University in Colorado on a full scholarship where he played fullback and halfback.  He was considered a very fine all-around player, offensively and defensively, and also an excellent pass receiver.  In 1959, he was named to the All Methodist-All American second team.

After college, he was recruited by several professional football teams, but the Denver Broncos was his choice, playing as Cornerback and assigned to Special Teams.  Although his career was cut short by injury, his heart forever belonged to the Denver Broncos!

Jack then began his second career, employed by Anheuser-Busch Corporation in Denver as a local representative for the brewery, winning several awards including Salesman of the Year.

Sports entered the picture again when he became the Southern California District Representative of the Ben Hogan Golf Company based in Ft. Worth, Texas.  Again, he was honored with Salesman of the Year.

In later years, Jack became involved in the marketing and sales of real estate properties.

Jack was preceded in death by his parents, Frank and Grace (Hale) Work and his brother, Aaron Work.

A Celebration of Life will be celebrated at a later date at Immanuel Lutheran Church.

Sylvia is grateful for the comforting care of the Emergency Room staff at Christus-Spohn, Alice and the hospice team of Altus Hospice.

In lieu of flowers, the family requests that memorials be given to Immanuel Lutheran Church (General Fund) or to the charity of your choice.

Condolences for the family may be offered at www.holmgreenmortuaryinc.com and shared via Holmgreen Mortuary Facebook

To send flowers to the family or plant a tree in memory of Jack Dayton Work, please visit our floral store. 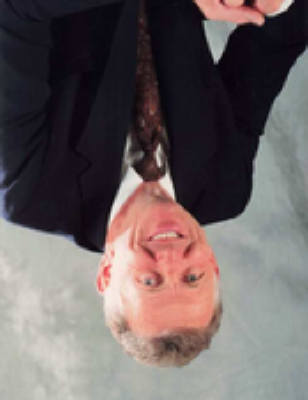 Family and friends are coming together online to create a special keepsake. Every memory left on the online obituary will be automatically included in the book.

You can still show your support by sending flowers directly to the family, or by planting a memorial tree in the memory of Jack Dayton Work
SHARE OBITUARY
© 2023 Holmgreen Mortuary. All Rights Reserved. Funeral Home website by CFS & TA | Terms of Use | Privacy Policy | Accessibility